You may have seen our ‘Hunting buggy’ in Cost Co last year may 2019 in the opening of the Ipswich store in Queensland. If so you were lucky enough to see it up close and personal to view the great features this all-terrain vehicle has to offer. Since then we had had growing interest is this vehicle and and its range just keeps getting better!

The EMC hunting buggy has evolved since then into our all-terrain vehicle range. Still commonly known as a ‘hunting buggy’ or an ‘EMC Explore’, this is now classified as an all-terrain vehicle. The range has taken EMC Electric Vehicles to a whole other level. The next level. Read on to find out the features of the vehicle and how in particular it can benefit the farming industry.

Before we delve into what’s great about our all-terrain vehicle range let’s get the definitions cleared up between a UTV and an ATV:

An All-terrain vehicle or utility trade vehicle? Ultimately it comes down what you need from your vehicle. There is sometimes confusion is this arena of what each one is. So below shows the difference between the two.

This is our all-terrain vehicle, in our terms ‘hunting buggy’ OR ‘4 X 4 Explore’ as we like to call it at EMC. Most would know the earlier versions of this style of vehicle being something like a quad bike back in the 90’s and the early 2000’s. However presently it can be known as much more, and utilised in various settings, not just farming. Areas such as; rocky outdoor sites, particularly in mining in Australia for example, can reap the benefits of our all-terrain options.

Traditionally built for work rather than recreation. UTV’s are used to commonly to as work utilities in larger sites to store and haul equipment. They are handy for impractical, hard to access spaces.

Luckily, our all-terrain options at EMC combine the best of both worlds. This makes working on a farm, larger site or enjoying recreation possible. This really is a multipurpose unit for so many different applications. 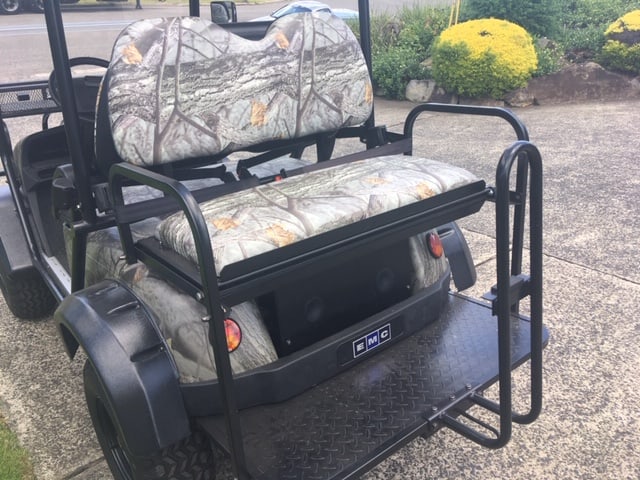 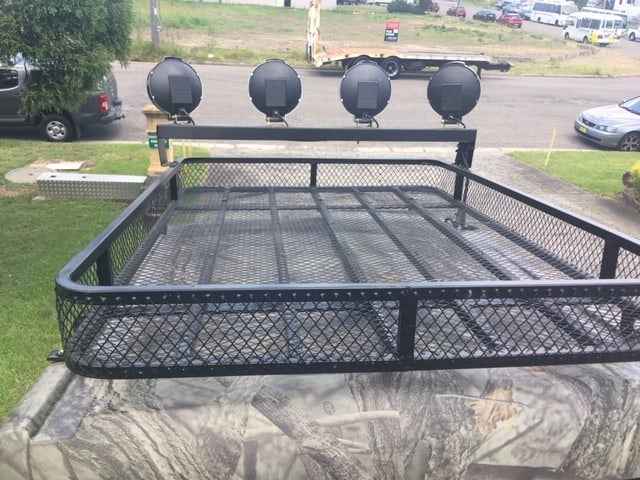 EMC Offer a Unique Point of Difference in our all-terrain vehicle compared to others in the market. Here’s 8 reasons why you should consider our All-Terrain Vehicle range.

1. Less Noise with an Electric option

The quietness of the electric battery in the Explore range allows you to cruise along without uncertainty of noise. Therefore you can have the knowledge that your day out the farm will be quiet and peaceful, as well as productive. The no noise factor may be a trivial thing to most but research has shown significant negative effects of noise pollution that can be found in terms of our health.

Factors such as chronic disease and mental health issues due the disruptive noises that traditional combustion engines make can leave long term damaging effects to our health.

2. The Size of the All-Terrain Vehicle

The compactness of the vehicle makes it a more agile option in the terrains you want to go for. Making the options for more trials a possibility. Compared to a traditional 4 x 4, there is a sizable difference is that this is a tiny vehicle to operate.

With high clearance as an optional extra on the Explore range we offer at EMC, the miniature vehicle can whip in and out of the rocky, muddy, rough terrain as well – giving you the freedom you want for your day in nature and the farm or your rocky outdoor site.

3. Customisable options with the range

As said before, high clearance is an option, which many take – as let’s face it look Tough! However we also have a number of optional extras such as; winch, weathered covers, tow bars, trailers, roll bars and much more.

If you would like a logo of your farming on the vehicle, this can be achieved with us, as well as a range of colours available. To make it an even more authentic experience, we have camouflage colours available if you want to blend in with your environment. At EMC we believe that anything is possible and if you request something – we do our best to accommodate, to get you what you want and need. 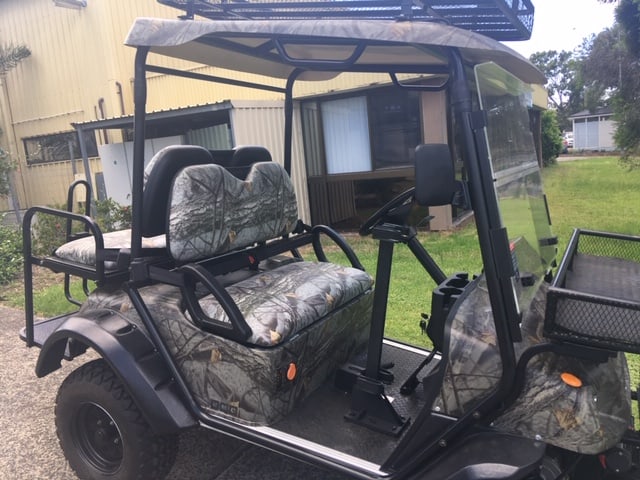 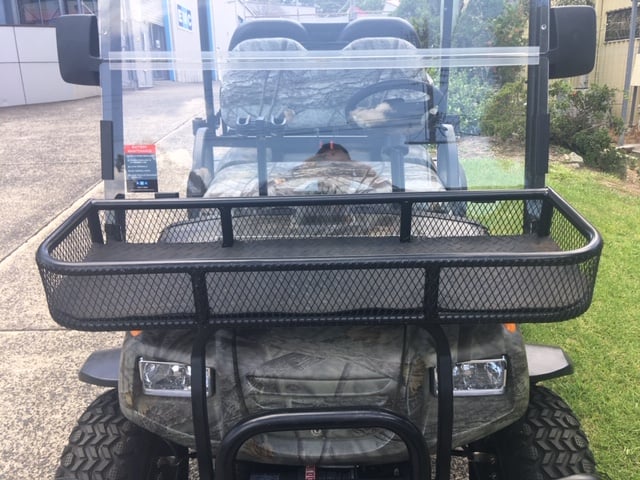 4. No fumes with an Electric Option

In previous articles, we have mentioned the environmental benefits of using an electric vehicle over a traditional internal combustion engine. The lack of fumes for example is a definite advantage to the user. On our health and the environment. Rest assured just because your engine doesn’t have that traditional sound and smell that you’re used to, it still packs a punch with power. The batteries that we supply traditionally are lead acid.

Other battery options are also available if you have different preferences, to allow you to do your thing with plenty of range and power to get the job done.

5. Not just for work

Whilst there are safety concerns that shouldn’t be unaccounted for with most all-terrain vehicles, it is undeniable that sitting and using one of these is fun. Whatever your activity, this all terrain option brings joy to the user, especially in the camo colour! These are great for the adventurer alone, even if you don’t have a farm and want a recreational vehicle for the whole family to enjoy, we have 4 seats available maximising family fun!

6. Versatility of the range

Due to the make-up of the vehicle itself combined with the tyres the capabilities of this all-terrain vehicle range is endless. Its compact and all-terrain nature is capable of accessing areas where traditional utility vehicles and trucks do not. The vehicle makes access easy is all sorts of settings whether it be farming for cattle or out on the rolling fields. The vehicle offer storage options, for you to easily carry your goods around, or making it easy on unload or offload goods at any time. In Australia we all have a big backyard, let alone if you’re a farm. Allowing the ability on your vehicle for storage gives you freedom to move far and wide on you farm. If you enjoy hunting you can go further in terrain due to the capability of the EMC all-terrain vehicle range.

This off road buggy handles great in all sorts of situations. They are extremely manoeuvrable. These all-terrain vehicles combine the compact nature of the vehicle and factors such as tight spaces into impressive handling ability for any terrain.

Due to the electric component of the vehicle, these are easy to maintain and cost less over time. As long as you are keeping the battery maintained and the tyres in check due to the areas of which you use the vehicle, these vehicles have a long life span. They are simple in design and mechanics, so for you the worry of something going wrong with your vehicle is minimal.

The Farming Capabilities of our All-terrain Vehicles

If you have a farm in Australia, typically you know that the terrain in tough and dry in most areas. In the south of Australia, though cooler, there tends to be more hills involved. In any farm setting this vehicle does the job. Acreage is a given here in Australia, our sun-burnt country has a lot of land to be loved by our farmers. To do this you need to get around effectively and efficiently.

Our all-terrain offers a unique cross between a utility vehicle and a get around site vehicle and at the same time covers those tough terrains. These vehicles also have less safety risks compared to traditional choices.

It is now viewed as the better, more sustainable choice now for farmers, with Australians taking a greener view of how we output our energy sources. This will only assist in operational costs and they no longer have to take into account the running costs or a petrol or diesel utility option. With the continuous fluctuating costs of fuel in 2020, this is a factor that is an expensive reality for most farmers, who are struggling with their financials due to other factors such as drought.

As mentioned above, the functionality and versatility of these all-terrain vehicles make it a great choice for your utility needs, giving you the opportunity to roam around with an all-day charge due to the increased capacity in the electric battery due to advances in battery technology over the last few years.

How the Electric Revolution is Changing Farming in Australia

Due to the carbon emissions targets as discussed in our previous articles an increasing number of farms are viewing the electric choice differently for their farming equipment.  Rewind to last year at John Deere; they were conducting a research project called GridCON to show efforts in the continuous improvement in the electrification of agricultural machinery.

John Deere partnered with major universities in Germany to see this project through and the results were interesting. They founded that it was a successful test and venture to look forward to for the future. This was dependent on the charge rate of the battery, as the faster you recharge, it can degrade the battery quicker. However even since then battery technology has only become better and stronger with continuous advancements to come.

On large scale in this instance for big agricultural machinery this can be a hindrance, however not so much when it comes to a small ATV.

Due to current infrastructure restraints within Australia, the majority of farms are far from major cities with great electricity networks. This is a current hindrance on the long term success if the farming industry were to all join the ‘electrification wave’ at once.

However this is being consistently looked into in terms of vehicle to grid technology with reports from The Driven stating that this could be up and running by the end of 2020.

These kinks in the testing phase can all be ironed out for larger scale equipment for the farming industry. It seems that there is still a lot of doubt when it comes to the discharge rate, which understandable.

Though due to the advancements in technology and many battery systems, whether they be lithium, gel or standard lead acid, all have made great leaps in terms of useability, functionality and technology.

The versatility of this all-terrain vehicle range is unprecedented and there is plenty for you to discover within our All-Terrain Vehicles at EMC.

From the unique point of differences; covering the electric vehicle advantages of less noise and no fumes. To the increased benefits of the fun elements of owning an All-Terrain vehicle. This is additional to the possibilities of the extreme levels of functionality that you could have on your farm if you choose and EMC All-terrain vehicle option.